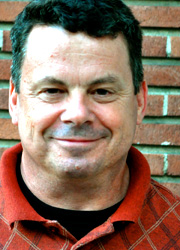 As early as 17 he began an avocation of working with young people with behavior issues, disabilities and addiction. He continued this work while he pursued his career in production and promotions until 1994, when he decided to work with the underserved fulltime.

His experience in serving those in need has ranged from Project Coordinator of an IPTC (In Prison Therapeutic Community) based on the behavior modification of Therapeutic Community to the management of 170-bed social model detoxification and recovery program for street alcoholics.Stephen became involved with the UCSF Community Health Project, and later joined the board of became Street Level Health Project because of the organization’s tangible efforts to reach and provide the systemic support needed by the underserved through the provision of resources and navigation to the most vulnerable; the recent immigrants in Fruitvale and beyond.

For the last ten years, Stephen has been part of The Society of St. Vincent de Paul in positions ranging from program development of the Champion Guidance Center to his current position as Director of Vincentian Support for the parish-based branches of the Society in Contra Costa County.